Up in the mountains at 2600m sits Colombia’s Capital City, Bogotá. Because of the high altitude, the weather was a lot colder here but I felt it was a refreshing change from some of the hotter countries which I have visited on this trip (and gave me a little taste of home).

What impressed me most of all about Bogotá were the transport links and the way how the city was laid out (geeky as that sounds). Rather than having arbitrary street names, the roads were labelled systematically by numbers. ‘Calles’ would run at a right angle to this giant set of hills and ‘Carreras’ run from north to south. All of these ran in perfect order which made getting around so easy and I always knew where I was in relation to where I was going (calle 5 for instance would 4 blocks down from calle 9 and Carrera 2 would be 6 blocks down from Carrera 8, simple!).

When I was in Bogotá, I lived in the historical centre of the city ‘La Candelaria’ which was an amazing place full of narrow twisting roads and had real bohemian atmosphere about it. I went on a couple of walking tours of the city to get to know the history of the town better and the tour guides were really interested in sharing their experience about Colombia’s change over the last 15 years and their pride in the good coffee that they make. 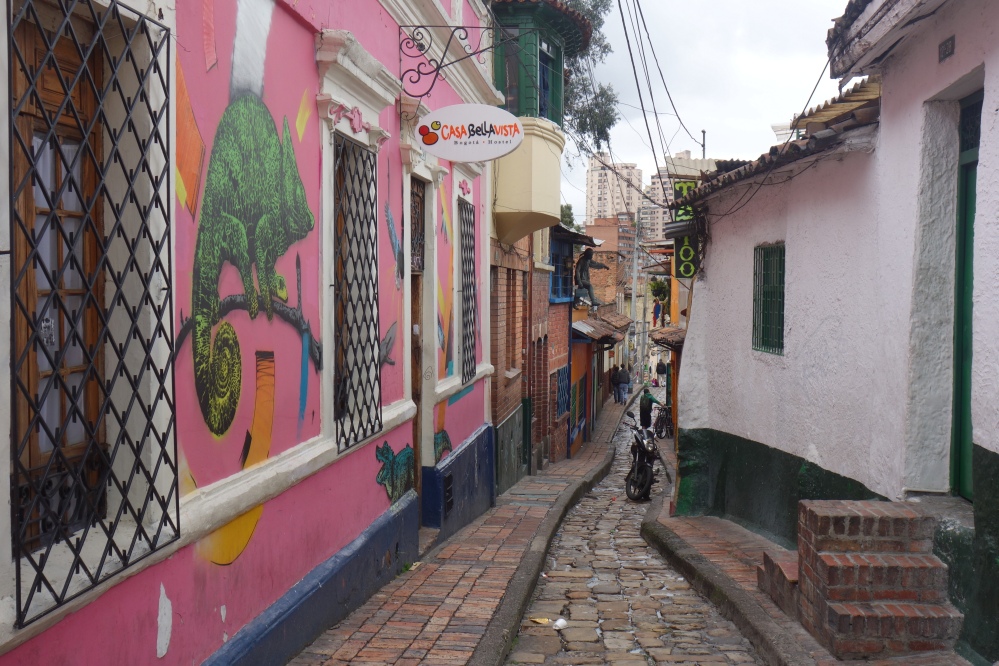 Part of the Candelaria 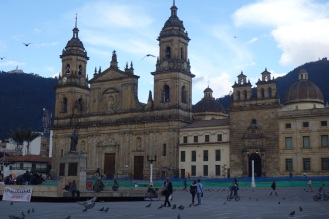 Playing a game of Tejo 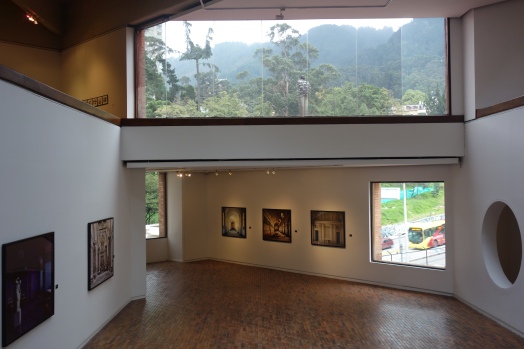 A little bit out of the way was a mysterious abandoned hotel that I heard a lot about called the Hotel of Tequendama. This sat overlooking a grand waterfall which was equally cool. When I arrived it was very misty which gave the whole area an eerie feel. At this present moment in time the hotel is said to be in the stage of remodeling (as they hope to change it into a museum) but when I arrived the building was still closed which no sign of anybody near it except a little food stool also overlooking the waterfall. 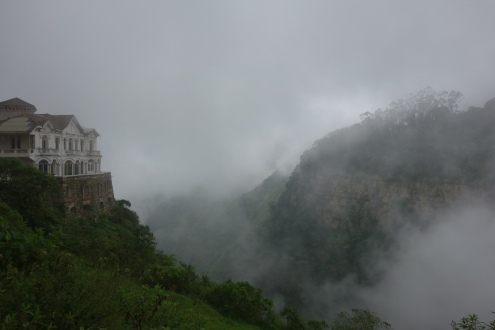 The haunted hotel of Tequendama Falls 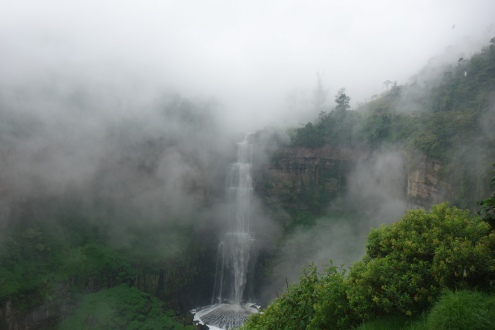 I really enjoyed Bogotá for two reasons I think; the food and the art. Although I’m sure if I stayed for longer I could have easily fell in love with more things about the city. One of the more interesting art galleries that I went to was the Botero Museo which had some interesting work by an artist called, ‘Fernando Botero’ in which he seemed to plumpify all the statues and paintings in his exhibit.