Since it was founded in the 16th Century, Santa Marta has grown into one of the biggest cities on the Caribbean coast. It is a centre point for some of the main attractions of the region however it also has quite a notorious past predominately due to its location.

The city is situated right next to a giant mountain range called the Sierra Nevada. In this vast stretch of forestry you can typically find farms growing either coffee beans, marijuana plants or coca leaves. It was, and still is, the perfect place to grow these products and, as it is also next to the coast, it is the ideal place to smuggle them as well.

Around twenty to thirty years ago, Santa Marta was well known to be associated with cartels. The cartels used the farmland of the Sierra Nevada as well as the nearby harbour (called Taganga) to load up small boats of drugs which would then travel to nearby countries such as Cuba, to then make their way up to the US.

Over the last fifteen years, the power and influence of the cartels has diminished dramatically and these products are no longer being smuggled overseas through these same routes. After speaking with the locals of the region, I quickly found out that this didn’t mean that the farmers had stopped growing the drugs altogether, only that they now had different buyers. 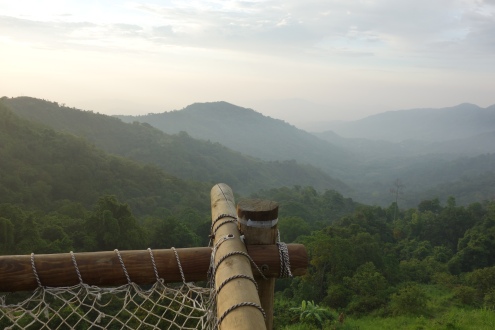 View from the hammock at Casa Elemento

I started work in Santa Marta two months ago in a really cool hostel called DropBear. It was an amazing place to live but I don’t think I have ever felt so lazy and lethargic in my life. The temperature of the city averaged around 32 degrees every day with a humidity of what was at times 90%… even a walk to the shops resulted in buckets of sweat! I think I must have lost half of my weight and I spent most of my time just lying around doing nothing.

During the days that I was working, I was a bartender. This was a pretty fun job to work in and it gave me the chance to learn how to make a lot of new cocktails. That being said, I don’t know whether it was the heat or the work or something about the place, but when I left the DropBear I just felt drained of energy. I felt I lost so much compared to when I first came into the place that I didn’t even feel like I was the same person anymore. I even had a giant string of bad luck during my stay (with my phone breaking, my laptop breaking twice, losing my camera twice and even having my mp3 player break.. the owner of the hostel told me when I arrived that the place was cursed and, after a while, I started to understand why he felt that way).

After leaving the DropBear, me and a friend started to explore the area more in depth. We started to either hitchhike around the coast (which I’ve really taking a liking to) or we took motor taxis wherever the cars couldn’t bring us. One of the best places that we stayed at was in a Surf Camp called Costeño. It was here where I had my first ever surf lesson (and spent the whole time with a mouth full of salt water!). It was great, it loved it!! 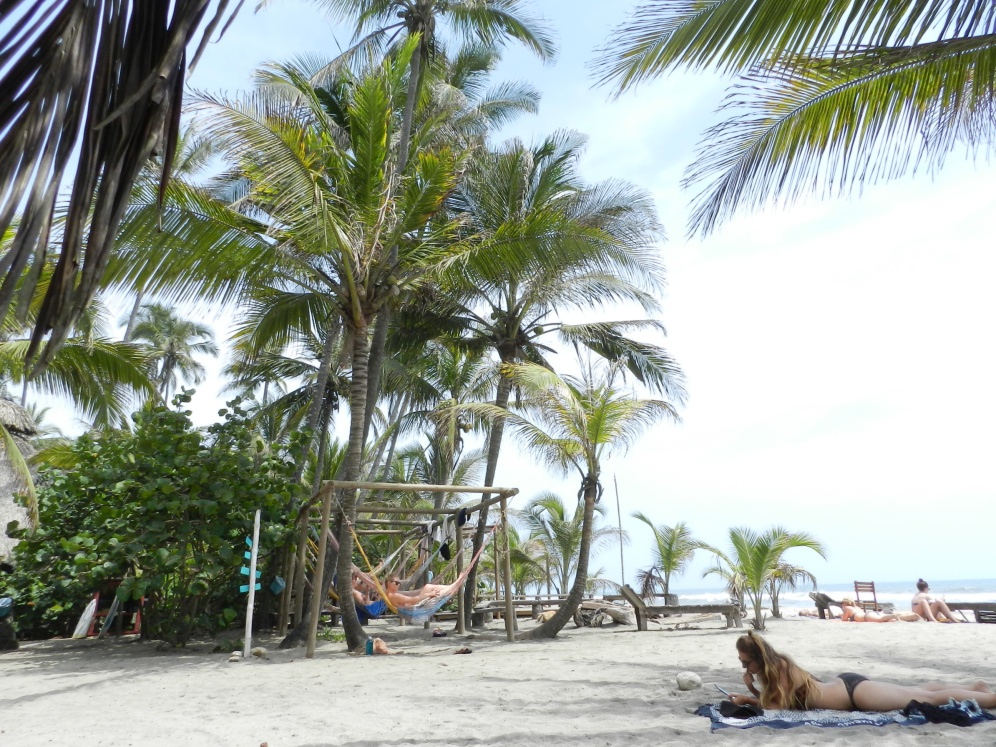 We also visited a national park in the region called Tayrona. We camped there for a couple of days, hiking along a great string of incredibly beautiful beaches which sat perched next to the jungle. Most of these were practically deserted and all were within a couple of hours from one another. Seeing the sunset and the sunrise here felt like I was living on a different world. 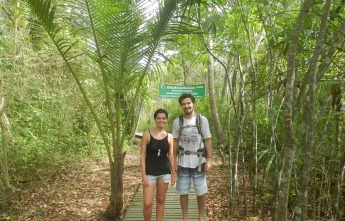 Exhausted after a long hike 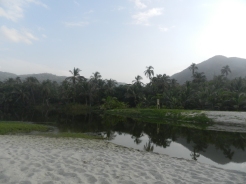 A part of Tayrona (felt a bit like Jurassic Park)