After a two and half hour delay from my flight from Rome, I was rushed through security and customs and luckily caught my connecting flight when it was on it’s final boarding call. A short while later I landed in João Pessoa; a newly developing city at the eastern most point in Brazil – where the sun is the first to rise in the Americas. Staying in a nearby town called Conde, I was introduced to and lived with a really nice family and helped the owner of the land construct a natural swimming pool (lots of digging!) as well as a few other projects he had going on. 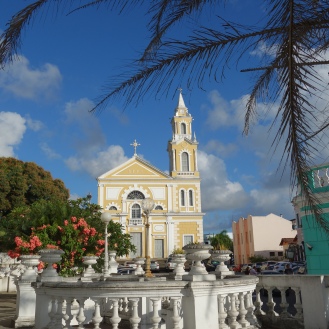 The historical centre of João Pessoa

On the rooftops by the historical centre of João Pessoa

I feel like I was really thrown into the deep end with this trip (especially at first) as none of the family can speak English and, even now, I think my Portuguese is pretty limited. However, the family itself were extremely friendly and really approachable and throughout the weeks I slowly learnt more and more and met countless brothers, sisters, nieces, nephews, grandmothers and so on, that I began to feel like part of the family. I also met a few of their friends which spoke English and, with a group I met in the first week, I travelled North for an hour to Barra de Mamanguape for a weekend break. These are some of the photos from the weekend.

The steet we lived on, Barra de Mamanguape 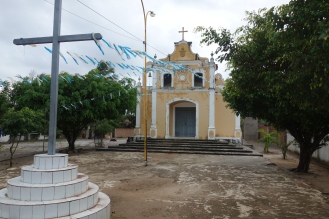 One of the children in our group 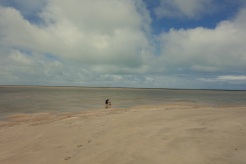 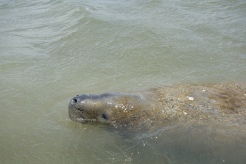 Boats on the coast 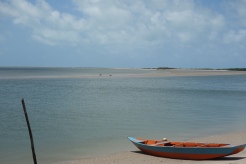 It was really cool, the area was very beautiful and there was a local project being undertaken to save the manatees (peixe-bois) in the region. For a really cheap price we were taken out in a small boat to see the manatees and was even this one that followed us and kept rocking our boat!! Being able to speak English on this trip, even for a little while, was a breath of fresh air after two weeks in and helped me to return me a bit to normality. In the evening we played a game similar to pool with the locals in a bar and then went back to the house to play Uno! Very fun In the house where I stayed in Conde, there were lots of different types of animals; some of which seem very strange at first like this ugly red headed duck called a Muscovy duck. 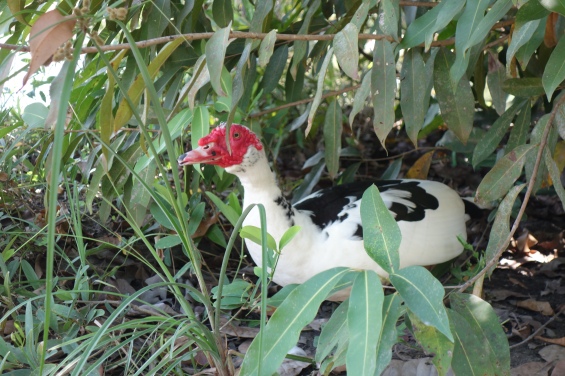 All in all, there were two dogs, three cats, this monster and a 45 year old turtle. One of the cats became pregnant during my stay as little by little we saw that her belly was getting bigger… until one day we realised that she suddenly lost weight?!

It was only during the next day that we realised where she had her children.. I opened my cupboard in the morning to find three little kittens quietly sleeping in the bottom drawer. Very big surprise!

There were lots of really cool beaches in the area, one of my favourite was the stunning praia de coqueirinho. I was pretty lucky as there was another beach just 5 minute drive away and there was also one I could get to by kayaking from the house (although the journey took an exhausting two hours and was pretty treacherous) 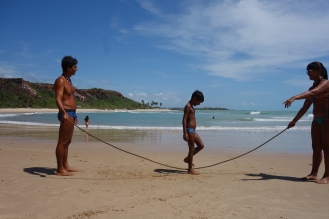 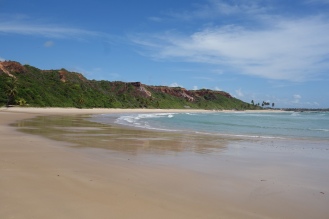 Starting the journey to the beach

Lots of barriers in the way 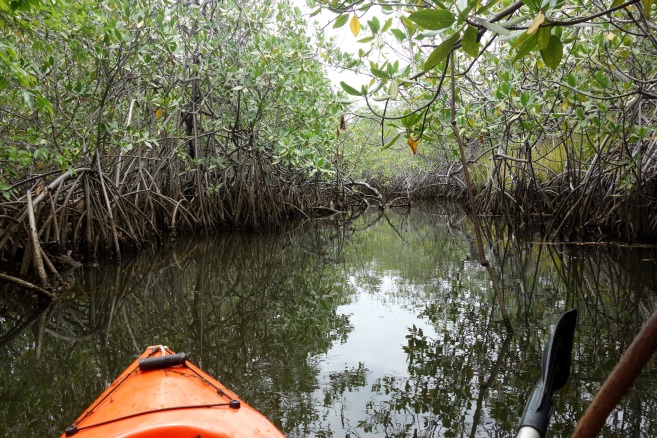 One of the nearest beaches to us

Staying with a Brazilian family has really helped add to the experience, one I don’t think I’ll have again as I’m now going to start working in hostels and hotels soon. The family have introduce me to a variety of new foods and the owner of the place makes so many different types of juices every day based on the fruits grown here (like Açaí, Mangaba and Cashew)… some of them are so sweet and delicious that I want to take them back with me when I return! Normally, I work about four hours (five days a week) at the end of the day feels like a great reward to have one of these and then I have the rest of the day to relax. Now that five weeks are up, I feel sad to be leaving, the time has flown by and I feel like I’ve settled into a nice routine here. I’m now travelling down to what looks like a hippy town near Salvador called Arembepe; hopefully I’ll be able to find a reliable internet connection in this place. I desperately need it.